•Pouring over ice cream and dessert

The quality chocolate flavour melts taste delicious and it makes you feel that you are in chocolate heaven. Comes in the form of buttons. Sealed pouches for freshness. Long expiry date. Easy melting microwave instructions. Free postage.

Microwave in bowl for 1 minute to start with. Remove & stir. Repeat heating at shorter intervals, 15 to 20 seconds, stirring in between, until the chocolate is completely melted and has a smooth consistency.

Choose how much you want to buy. Buy in bulk.  Works out cheaper the more you buy.

These white chocolate buttons MAY CONTAIN TRACES OF NUTS & GLUTEN.

Thank you for submitting a review!

Your input is very much appreciated. Share it with your friends so they can enjoy it too!

I ordered the white chocolate candy melts a good month before I needed them, I received an email saying that they would be dispatched a week late because of stock. Which I didn't mind. However the date came and went and received no communication from them, I sent various emails, messages through instagram and facebook to which I had no replies. 3 weeks after the date they said they would be dispatched I had an email to say they had been posted to which I recieved a few days later. However I had no response with this to say why they were late or what had happened. The lack of customer service really dissapointed me as it is a good product at a good price. This caused me to shop elsewhere and have found a better deal.

Very helpful and the product is great for our business

not too bad. there was no communication when item was sent out and when to expect. also the price on facebook page link was nearly £2 cheaper than I ended up paying. The melts are ok in usability for our needs. 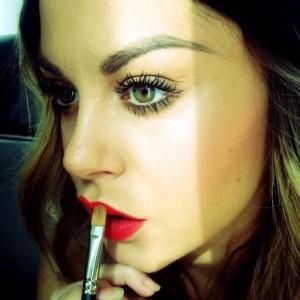 United Kingdom
Not as advertised

I sent an e mail to customer service about this product and never got a response. They are not the brand “candy melts” and are cream, not white like the candy melts I have already.

Would not recommend this product or this company in the slightest. After sending THREE emails in regards to my “candy melt” order which infact turned out to be nothing but cheap white chocolate and not candy melts at all, I have yet to hear back from this company about the matter. Actually makes me laugh though that you can send me emails asking me to rate your products but can’t reply to three emails about the product which you asking me to rate. Hope to hear back from you soon Cake Pop Parties so I don’t have to report you to trading standards.